Was Daniel a Eunuch?

It is suggested from time to time that Daniel and his friends may have served as eunuchs in the court of Nebuchadnezzar. This idea is illustrated, for example, in the 14th century illuminated manuscript shown above, which depicts the Hebrew captives being castrated. Where does this idea come from, and how reliable is it?

The best case to be made for supposing that Daniel was a eunuch hangs on an implication and the translation of a Hebrew word. If you read the KJV (or ESV), you will find 7 references in Daniel chapter 1 to the prince or master or chief “of the eunuchs.” From the context it is clear that this person had overall authority over some other officials and the Hebrew captives, which could imply that everyone underneath him was also a eunuch.

It is known that eunuchs served in the palaces of the Assyrians (who came before the time of Daniel) and in the royal court of the Persians (who came after the time of Daniel). Both Assyrians and Persians depicted eunuchs as beardless men. So it would not be a stretch to suppose that eunuchs served in the Babylonian court as well. 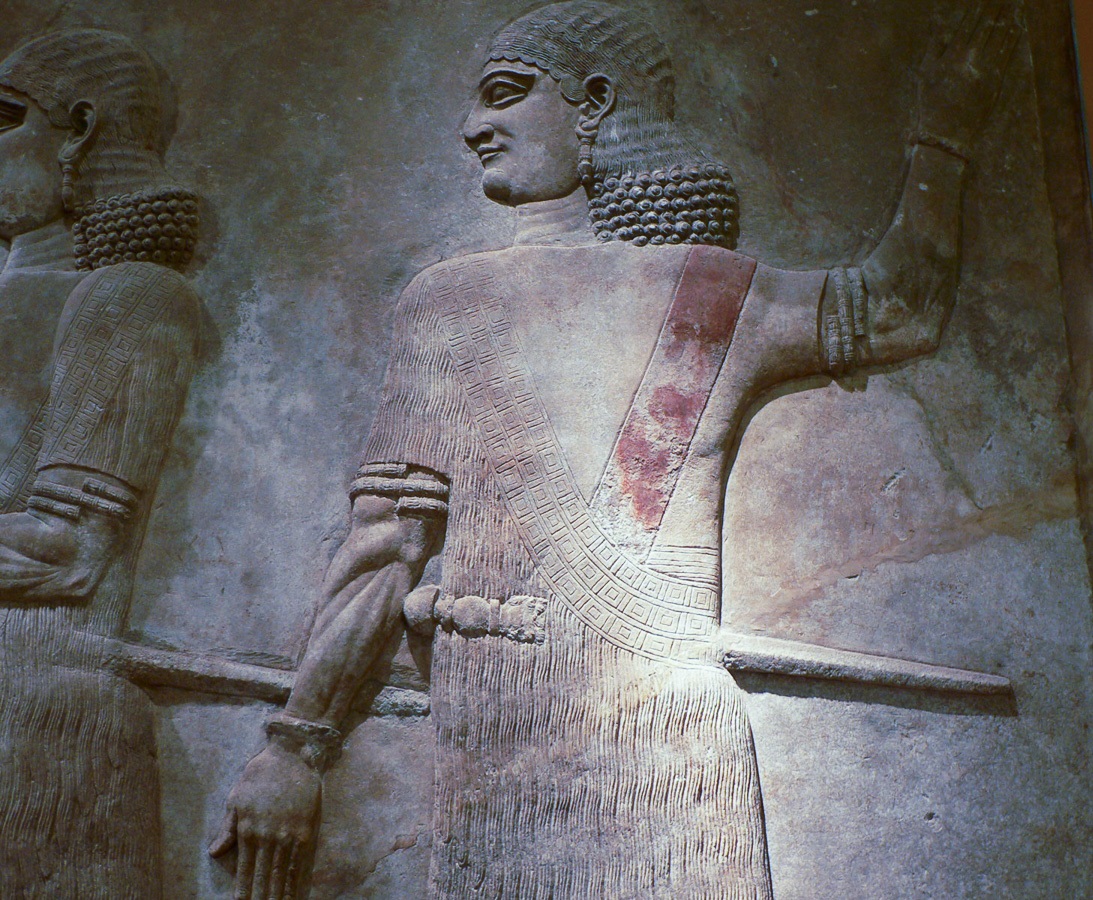 A beardless Assyrian eunuch from the palace of Sargon II, 8th century BC

There is more to this story, however. The Hebrew word that the KJV translates as “eunuch” is saris (סָרִס). When this word appears in the book of Esther, it is translated by nearly all English versions as “eunuch.” However, that is based on the context (the men are in charge of the king’s harem). The word saris has another, even more common, use. In numerous other places in the Old Testament, this word is translated as “official.” Here are two quick examples:

Genesis 37:36 And the Midianites sold him into Egypt unto Potiphar, an officer of Pharaoh’s, and captain of the guard. (KJV)

In fact, nearly all occurrences of this word, outside of the book of Esther, appear from their context to refer to regular officials in the royal court, not to eunuchs. This is why most English versions (NAS, NET, NIV, NRS, etc.) translate the word as “official” or similar in Daniel.

A few points in summary:

Is it possible that Daniel was a eunuch? Yes. Is it likely that he was a eunuch? No, at least not from any indication in the biblical text.