The Gospel accounts tell that a large stone was used to block the entrance to Jesus’ tomb (Matt 27:60). Many modern artists incorrectly depict that stone as a massive 5-6′ stone disk. Archaeology tells a different story, and one that fits better with the Gospel accounts.

Archaeologists have excavated hundreds of rock-hewn burial caves around Jerusalem from the time of Jesus. Three different types of tomb closures have been found: swinging stone doors, large circular disks, and heavy square blocking stones. The first two types, swinging stone doors and large circular disks, are quite rare and are found only on the most expensive tombs. The heavy square blocking stones make up about 98 percent of tomb closures from this time. So how do we know which was used for Jesus’ tomb?

Some of the Gospel accounts refer to the blocking stone being “rolled” (variations of the Greek word kulio, κυλίω, e.g. Mark 15:46, Luke 24:2). This would fit well with a disk-shaped stone, but doesn’t require a disk-shaped stone. For example, the same Greek word is also used to describe a boy “rolling about” on the ground (Mark 9:20). A blocky object could also be rolled, particularly if it were quite heavy. In his gospel, John described the stone as having been simply “taken away” (Gk. airo, αἴρω). So the language used would allow for a disk-shaped blocking stone, but does not appear to require it.

Perhaps most important, then, is what the angel did after removing the stone. According to Matt 28:2, he sat on it. Here is where we find a definitive answer. Every tomb that has been discovered in Israel that was sealed with a disk-shaped stone had a covered slot into which the stone was rolled, something like a pocket-door. This was necessary to prevent the stone from tipping or being tipped over, either inadvertently or at the hands of tomb robbers. This also means that no one could possibly roll the stone back into its concealed pocket and then sit on it. [It is noteworthy that this feature, which appears in every tomb with a disk-shaped door closure that has been found, is conveniently ignored in virtually every modern depiction of the tomb of Jesus.] 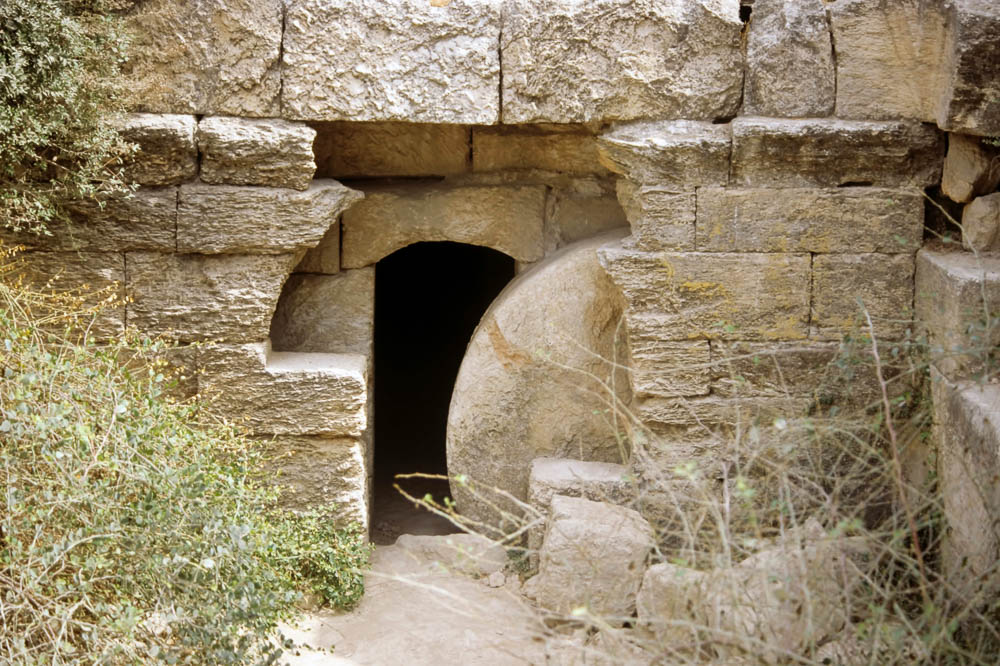 Rolling stone tomb at Khirbet Midras; note how the stone is rolled back into an enclosure.

The tomb with a disk-shaped closure shown above is at Khirbet Midras, located southwest of Bethlehm. The tomb shown below is in Abu Gosh, just west of Jerusalem. Both illustrate how the disk-shaped stones rolled back into a covered pocket. 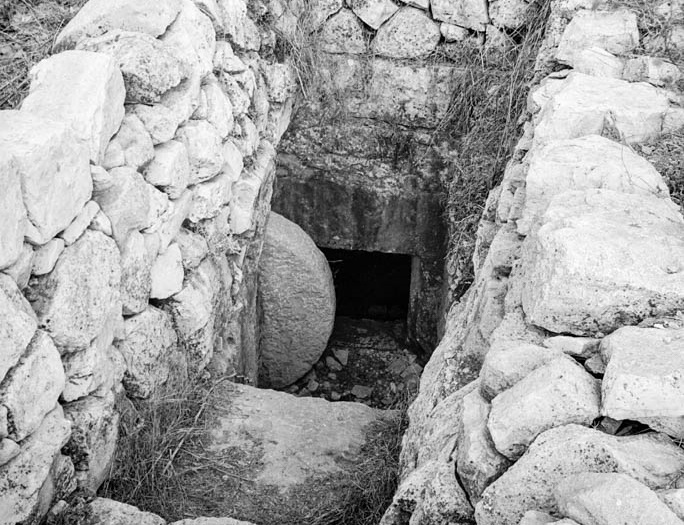 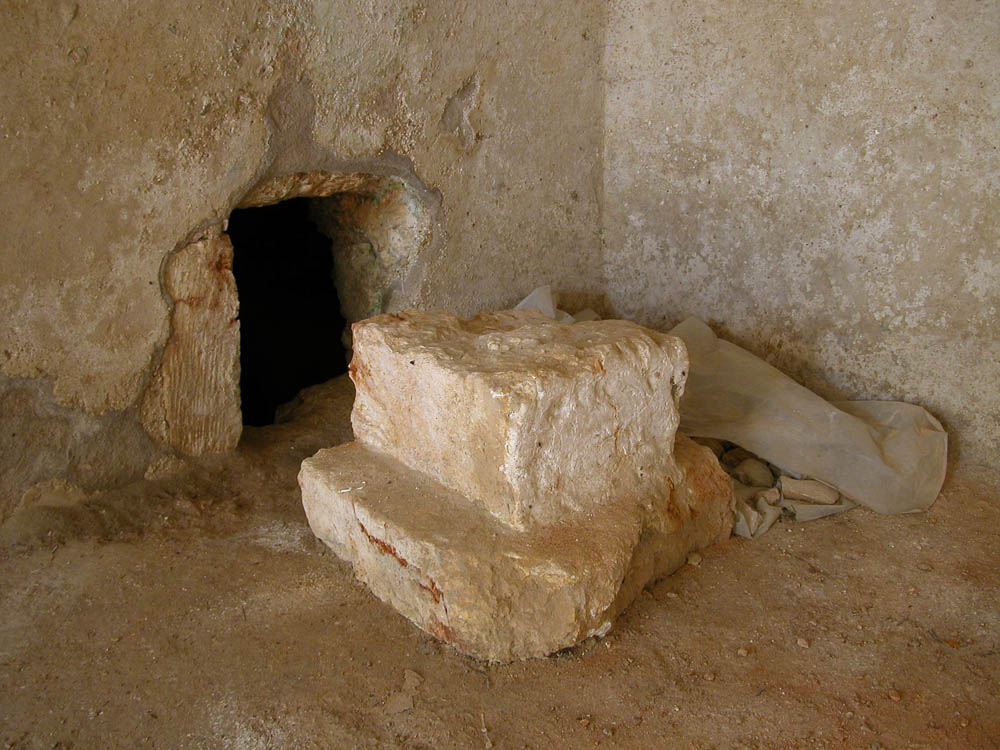 It is also of interest that the women who first came to the tomb were worried about their ability to move the stone. “And they were saying to one another, ‘Who will roll away the stone for us from the entrance of the tomb?'” (Mark 16:3). A large disk-shaped stone should have been relatively easy to roll back, but the standard square blocking stone would be quite difficult to remove. This kind of stone, then, is almost certainly the kind of stone that the angel rolled back from the entrance to Jesus’ tomb, and sat upon. And on a rare occasion an artist will even get it right, as did the Russian painter Mikhail Nesterov in his The Empty Tomb, 1889.