Abraham, Moses, and the Messiah

In Galatians, Paul builds a wonderful argument for Salvation by faith alone and not by a combination of works and faith.  In the midst of that letter we find a very clear statement about salvation by faith when Paul mentions Abraham. Paul’s argument to the Galatians is that everyone of all time has been, is, or will be saved by faith and not by works.  He begins with Abraham, the father of the Jews, and then moves on to include all the gentiles. He also says that the scriptures preached the gospel beforehand to Abraham.

“Even so Abraham BELIEVED GOD, AND IT WAS RECKONED TO HIM AS RIGHTEOUSNESS. Therefore, be sure that it is those who are of faith who are sons of Abraham. The Scripture, foreseeing that God would justify the Gentiles by faith, preached the gospel beforehand to Abraham, saying, “ALL THE NATIONS WILL BE BLESSED IN YOU.” So then those who are of faith are blessed with Abraham, the believer” (Galatians 3:6–9).

Add to that Hebrews 11:8-18, which tells us about Abraham and Sara and their Faith, and we have a very strong case that they were saved by faith and only by faith.  But faith in what? Or maybe better asked, faith in whom?

As one reads on in Hebrews 11 it becomes clear that the author of Hebrews is connecting their faith with ours, and the object of their faith is the same as the object of ours.  Look at verse 26, were he names Christ as the one for whom Moses was suffering.

“By faith Moses, when he had grown up, refused to be called the son of Pharaoh’s daughter, choosing rather to endure ill-treatment with the people of God than to enjoy the passing pleasures of sin, considering the reproach of Christ greater riches than the treasures of Egypt; for he was looking to the reward”  (Hebrews 11:24–26). 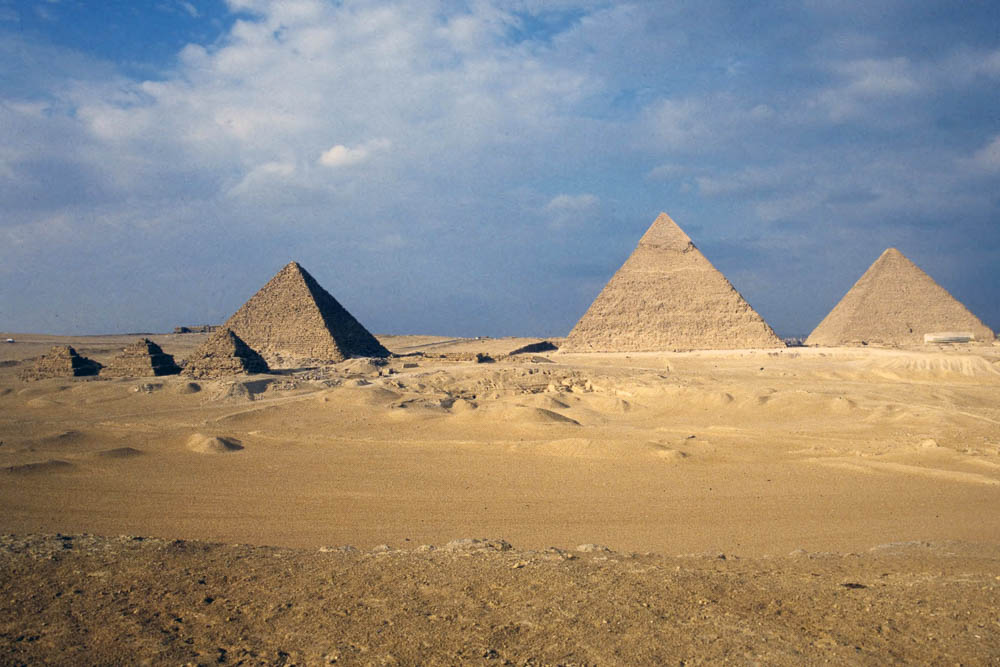 The three Great Pyramids of Giza, forsaken by Moses as he followed God; photo courtesy of Todd Bolen at BiblePlaces.com

And then as chapter 11 concludes, the author connects the object of their faith with the object of ours.   “And all these, having gained approval through their faith, did not receive what was promised, because God had provided something better for us, so that apart from us they would not be made perfect”  (Hebrews 11:39–40).

It seems clear that we are made perfect in the same way that those of the Old Testament were.  As the author of Hebrews says, we are made perfect together, not apart. Abraham hinted at this same thing on Mount Moriah when He said to Isaac “God will provide for Himself the lamb for the burnt offering, my son” (Genesis 22:8a).

But what or who is this object of our faith?  It is clearly mentioned in verse 26 of Hebrews 11– Jesus Christ. So, Christ, the author and perfecter of our Faith, is both the what and the who we must believe in. In 1 Corinthians 15 Paul tells us the Gospel (Good News) of Jesus Christ.  That He died on the Cross, that He was buried, and that three days later He arose. So the gospel was preached in the Old Testament and now in the New Testament, and we are told that we must repent and believe in the Gospel (Mark 1:14-15). So salvation comes by faith in the who, “Jesus Christ,” and in the what, “the Gospel of Jesus Christ.” They are in essence the same thing.  “For by grace you have been saved through faith; and that not of yourselves, it is the gift of God; not as a result of works, so that no one may boast” (Eph. 2:8-9).

I think this also explains why we spend so much time talking about Christ’s death and His resurrection, especially at Easter time.  Without those two things our faith would be in vain and we would be foolish people. I pray that as we ponder Christ’s crucifixion this Easter you would also ponder your own eternal destiny.  Clearly we have all sinned and fallen short of the glory of God. Having done so means that we are all going to be separated from God for eternity. The wages of sin is death (eternal separation from God).  But the free gift of God is eternal life in His Son Jesus Christ. If you know that you are separated from God, I would ask you to please place your faith in the gospel of Jesus Christ.

(All Scripture References are from the 1995 version of the New American Standard Bible.)