Where was Jesus’ Tomb?

Christian tourists who visit Jerusalem nearly always want to see the tomb of Jesus. There are two locations that they most often visit. Is either more likely to be the actual tomb of Jesus than the other? History and archaeology give a clear answer.

The so-called “Garden Tomb” is located north of the Old City of Jerusalem. It provides a serene, outdoor garden setting that allow the visitor to contemplate the resurrection in a pleasant setting. For that reason it is worth visiting. However, it is not the tomb of Jesus. The Garden Tomb dates to the Iron Age II, about the time of king Hezekiah. It has the classic layout and build of such a tomb, which is quite different from tombs of the New Testament period, and it is located very near other Iron Age tombs. In other words, it is part of a larger Iron Age cemetery. Since Jesus was buried in a new tomb (John 19:41), this cannot be his tomb. 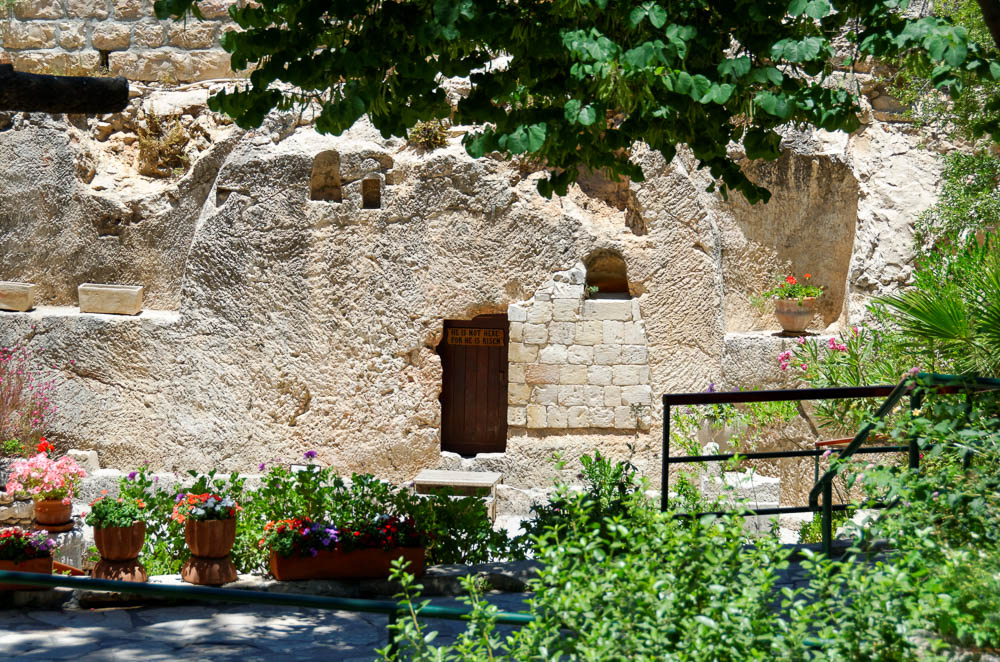 A much more likely location is that marked by the Church of the Holy Sepulcher. Although this church is now located within the Old City of Jerusalem, at the time of Jesus this site was outside the city, as can be seen in the map below [the blue line marks the walls of the modern Old City, while the grey area marks the city in Jesus’ day]. 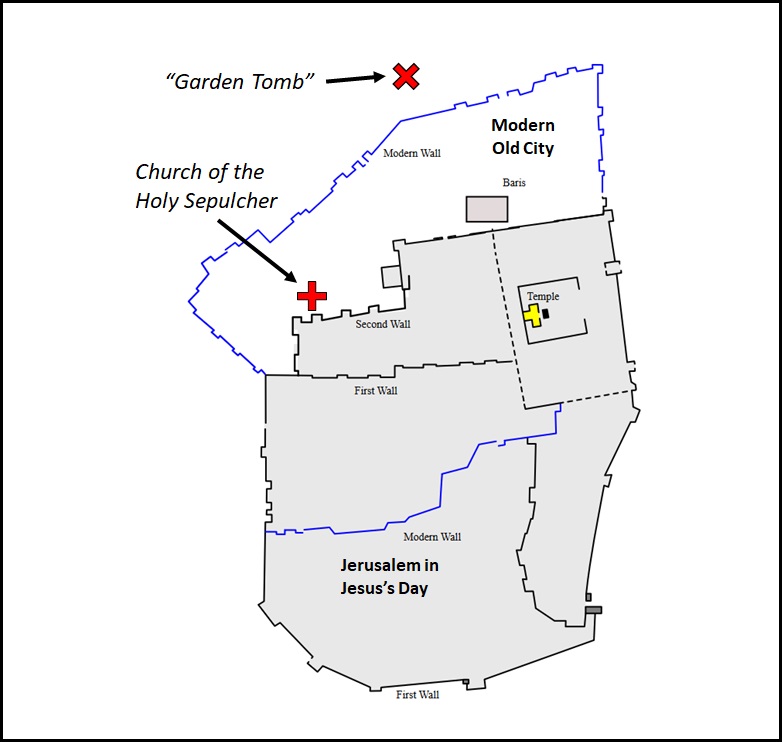 Plan of Jerusalem in the days of Jesus

The first church built at this site was constructed by the mother of Constantine the Great, Helena, around AD 325. It has been damaged or destroyed a number of times in the intervening centuries, but it is the oldest site to be venerated by Christians as the tomb of Jesus. Prior to the church built by Helena, the Romans had constructed a pagan temple here, perhaps in an effort to erase the memory of the place from Christianity. The photo below shows the main entrance to the Church of the Holy Sepulcher. The silver dome in the background marks the location of the tomb that is venerated there. 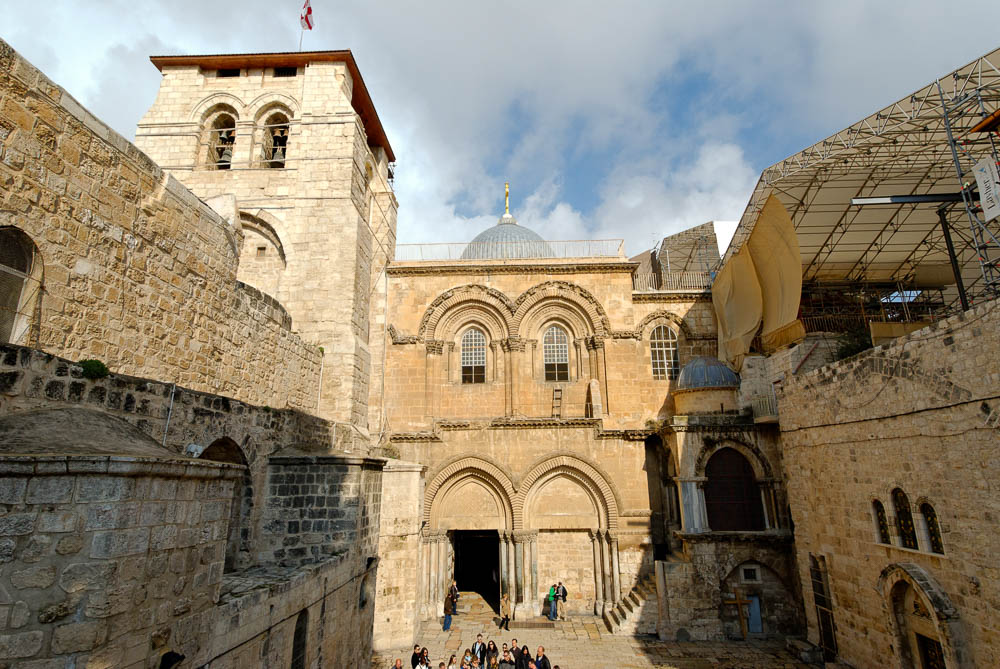 Main entrance to the Church of the Holy Sepulcher

A drawback of visiting this location is that it is shared by a variety of different sects, including Roman Catholics, Greek Orthodox, and Armenian Christians, so it is cluttered with relics from centuries of veneration. However, this remains the most likely location for the tomb of Christ. Very little is left of the tomb itself. Centuries of earthquakes, fires, relic-seeking pilgrims and a crazy Muslim caliph (Al-Hakim) have reduced it to little more than a bench.  Archaeologists recently cleaned and stabilized the tomb, which is located in a small cupola called the Edicule (pictured below). What they found confirmed that the tomb is most likely from about the first century AD, and that it has a history of veneration going back to at least the 4th century, if not earlier. 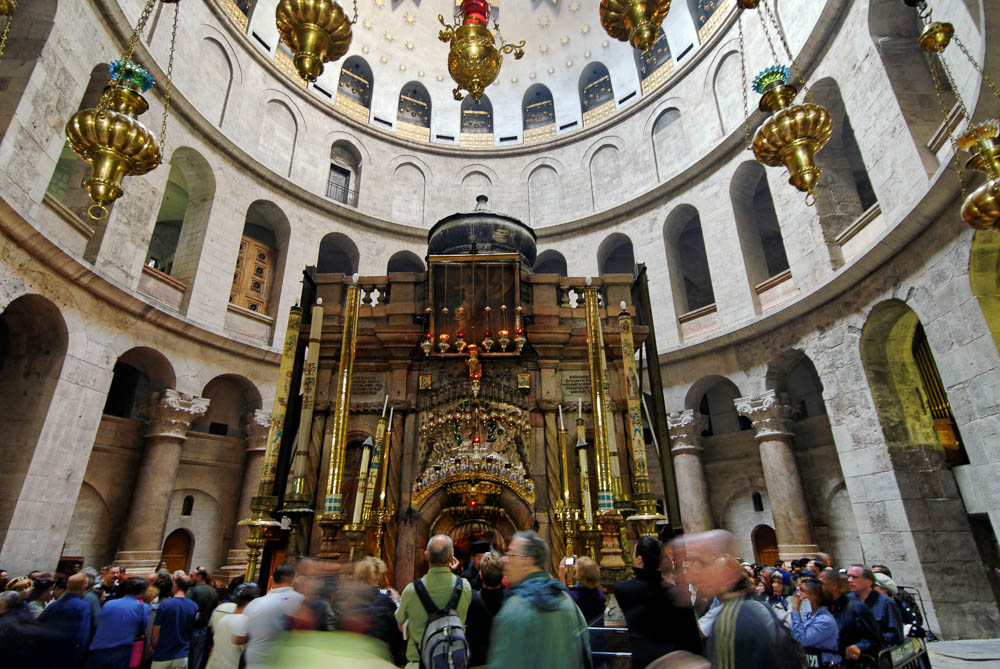 The Edicule in the Church of the Holy Sepulcher

It is also worth noting that there are a couple of other first century AD tombs in the same area, which are accessible from within the Church of the Holy Sepulcher. This confirms that the area was outside the city walls (it was forbidden to bury the dead within the city).

There is no way to prove that the Church of the Holy Sepulcher marks the true location of Jesus’ tomb. However, if you want to visit the place that is most likely to be his tomb, this is it. The best news, of course, is that he is no longer there! His resurrection proves that his sacrifice for sin was sufficient (Rom 1:4, Acts 17:31). “Having been made perfect, he became to all those who obey him the source of eternal salvation” (Heb 5:9).