In Joshua 11:6 God told Joshua that he would deliver the Canaanites into the hands of Israel, and that Joshua should “hamstring their horses and burn their chariots with fire.” This raises two questions: 1) what exactly were the Israelites to do to the horses, and 2) what was the purpose of this command? The first question is more difficult, the second is pretty easy.

The verb “to hamstring” is the Hebrew word iqqer (עִקֵּר). Most English versions render this as “hamstring,” although some prefer a less-specific term like “cripple” (NLT, CEB).  The word is used twice in Joshua 11 (verses 6 and 9), twice in parallel accounts of David (2 Samuel 8:4 = 1 Chronicles 18:4), and once in Genesis 49:6. The two David accounts state that David captured a bunch of horses from the Syrian army in battle, and he “hamstrung the horses, but reserved enough for 100 chariots.” This indicates that, whatever the procedure was, it rendered the horses unable to pull a chariot.

Occasionally it is suggested that this verb means to castrate or geld a horse, but that would hardly prevent the horse from pulling a chariot. In fact, a gelding might actually be preferred to a stallion because it would be more manageable. Furthermore, Genesis 49:6 applies this word to oxen, not horses. Simeon and Levi are described as violent, self-willed brothers who in anger killed men and “lamed oxen.” The context indicates wanton destruction, not just the castration of cattle. In fact, even today it is common practice for bulls to be castrated to make them more manageable as draft animals, and this was probably the case in antiquity as well.

Two procedures are usually suggested for understanding what the Israelites did to the horses they captured. One is that they cut some part of the hamstring muscle, ligament, or tendons. This muscle group generally functions to pull the rear leg forward. Injuring it in some way would make the horse lame. Whether the horse would be able to walk at all “depends on exactly which muscle, tendon, or ligament is cut. Generally, one thinks of the hamstring as the tendon running from the back of the knee, or ‘point of the hock’ on a horse, to the gluteal muscle. If the surgery is performed above and behind the hock of the horse on the major tendon, the leg will collapse under the slightest weight” (Deborah O’Daniel Cantrell, The Horsemen of Israel: Horses and Chariotry in Monarchic Israel (Ninth-Eighth Centuries B.C.E.), [Winona Lake, IN: Eisenbrauns, 2011], 42). 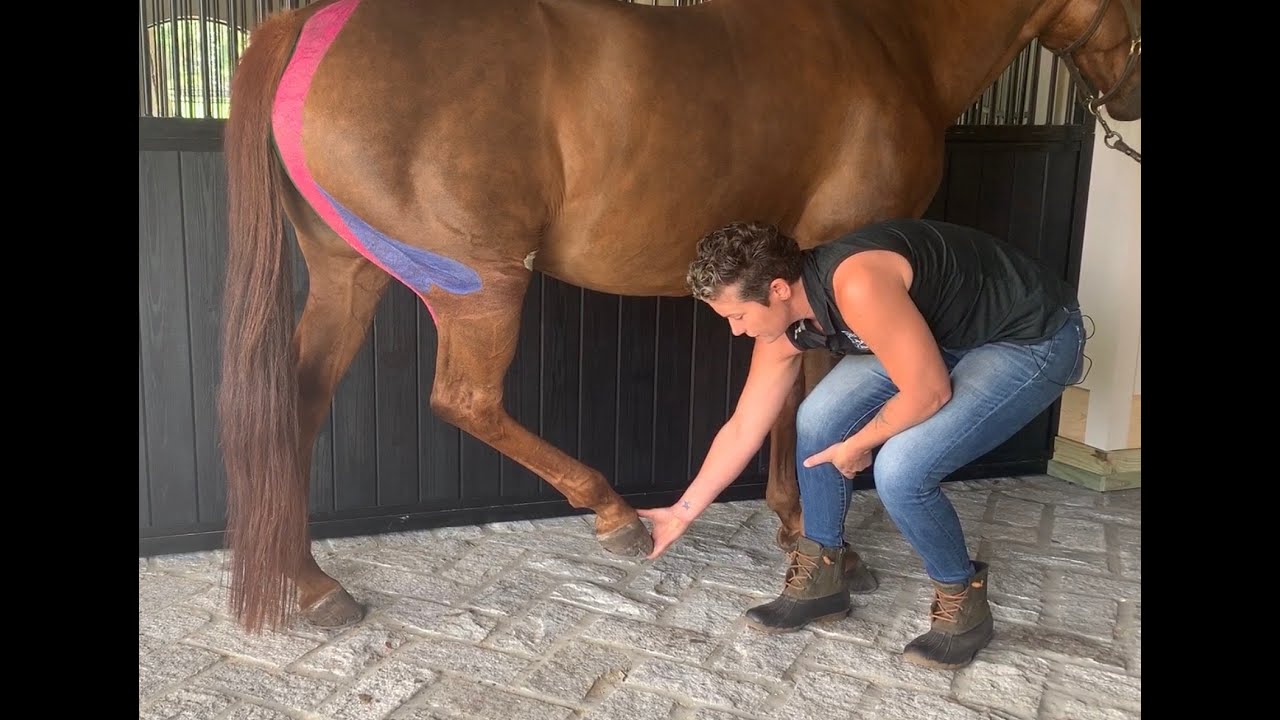 Photo showing the location of the hamstring muscle (red) and tendons (blue).

There is another possibility for the procedure in view here, and that is the severing of some or all of the ligaments of the pastern bone in the foreleg. This is the definition favored by the Hebrew & Aramaic Lexicon of the Old Testament (HALOT). When the front leg is grounded, the elbow and knee are locked. The pastern joints, with their associated tendons and ligaments, provide vital shock absorption for the front legs. If they become damaged, the horse is unable to move at a quick pace.

Lower bones of the equine foreleg. 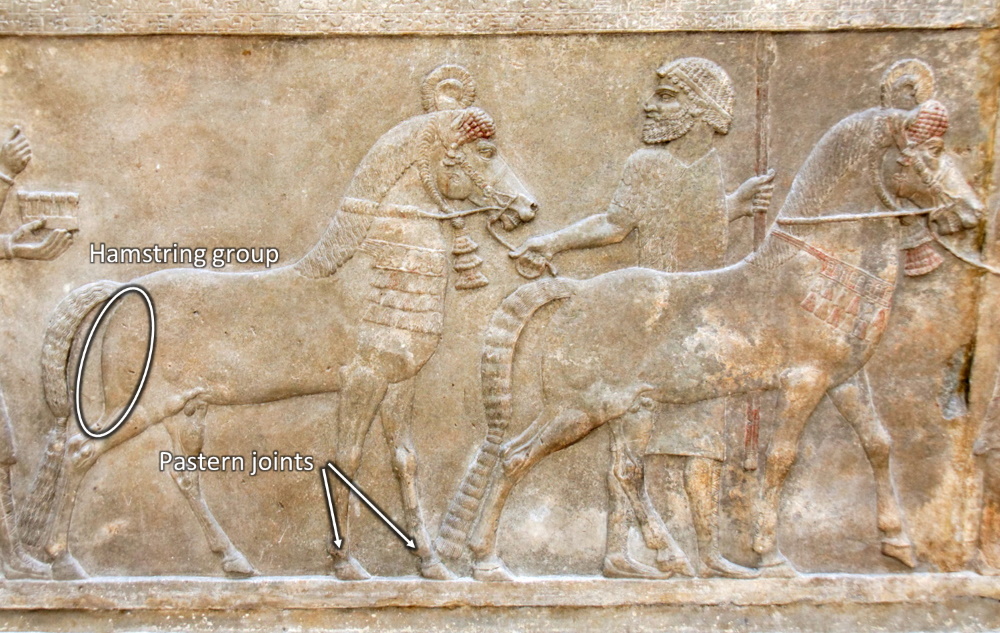 Horses depicted at the palace of Sargon II at Khorsabad, 8th century BC.

What was the purpose of this command by God? The answer seems clear. God did not want his people to rely on the best military equipment of the day, particularly horses and chariots. Rather than being known for their military superiority, God wanted his people to be known for their reliance on him to win their victories for them. David expressed this same understanding when he wrote, “Some boast in chariots and some in horses, but we will boast in the name of Yahweh, our God!” (Psalm 20:7).