It is unusual for a structure that is mentioned in the Bible to be uncovered by archaeologists. A short list might include examples like the “Temple of Baal-berith” at Shechem (Judg 9:4), the palace of Eglon at Jericho (Judg 3:20), the palace/fortress of Saul at Gibeah (1 Sam 15:34), or the palace of Omri and Ahab at Samaria (1 Kgs 16:29).  We can probably add to this list the altar built by Joshua on Mount Ebal.

The Israelites were then encamped at Gilgal, east of Jericho on the floor of Jordan Valley. The trip from Gilgal to Mount Ebal was about 30 miles, so may have taken two or three days to traverse with such a large group of people. Mount Ebal is located to the north of Mount Gerizim, and the ancient city of Shechem is located in the valley between them. 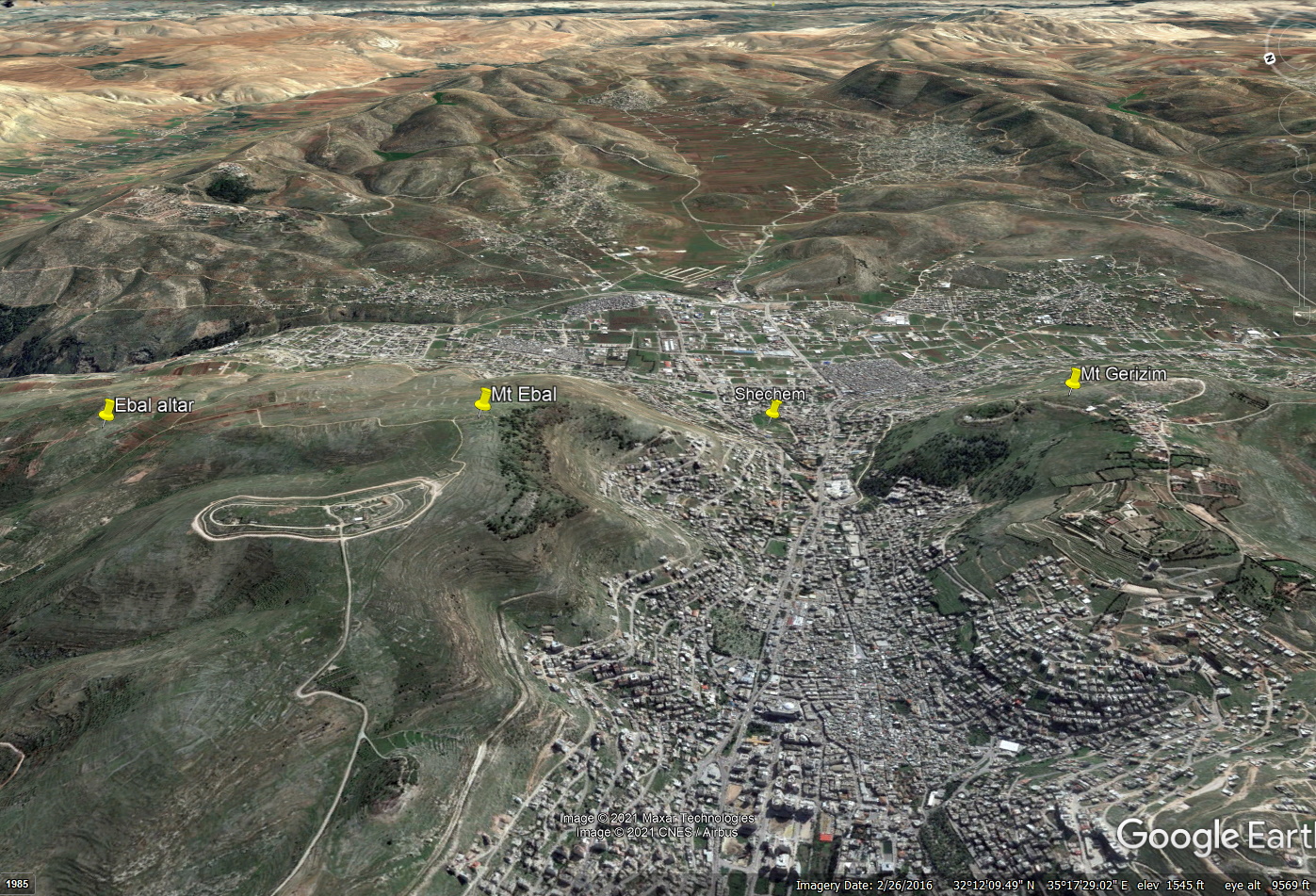 Google Earth view of Mount Ebal and Mount Gerizim, looking east; Shechem is located in the valley between the two mountains, and the altar is on the slope of Mount Ebal to the north (far left in this view).

Adam Zertal of Haifa University directed a survey of this area in 1980 and discovered a structure on the north slope of Mount Ebal. He excavated the site from 1982 to 1989, exposing a large altar built of uncut stones. The altar was modified and expanded a couple of times, and the area was surrounded by a stone wall that enclosed about 3.5 acres. In the lower portions of the altar, Zertal uncovered ash and the bones of 50-100 kosher animals. 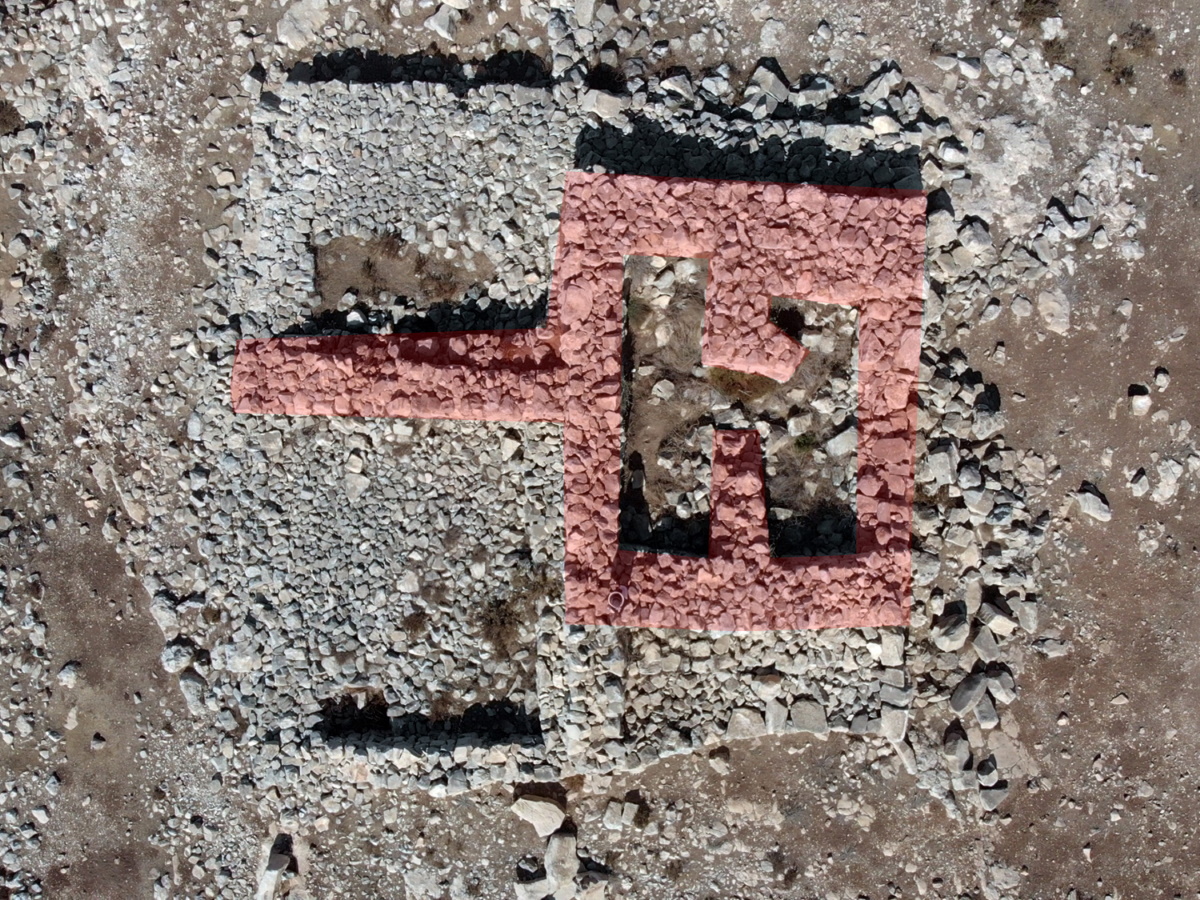 Aerial view of the altar complex on Mt Ebal, with an overlay highlighting the main structure. The extension on the left is interpreted as a ramp for accessing the top of the altar (cf. Ex. 20:26). The central part may have originally been filled with dirt, as directed in Exodus 20:24.

It is difficult to assign a precise date to this structure. Zertal found a significant amount of pottery from the Late Bronze Age (circa 1500-1200 BC). His estimate for the construction was about 1250 BC, although that estimate may have been influenced by a belief that the Exodus did not take place until the 13th century, whereas the Hebrew Bible indicates a date in the 15th century (1 Kings 6:1). Either way, the altar was clearly in use long enough that it went through at least three phases, perhaps over several centuries. The location, approximate date, and construction technique used to build this altar all fit with the biblical description, and its identification with the altar of Joshua appears to be correct.

Sadly, parts of this area have recently been destroyed by the Palestinians living in the area.