Daniel and the 70 Years of Jeremiah

Daniel 9:1-3 introduces us to the prayer of Daniel for his people. It occurred in the first year of Darius the Mede, which was late 539 BC or early 538 BC. Daniel read in the writings of the Prophet Jeremiah that the exile in Babylon would last for 70 years, after which God would return his people to the land of promise. Jeremiah was a prophet at the height of his ministry when Daniel was a boy, and Daniel had probably seen and heard him while he was still living in Jerusalem.

Jeremiah mentions the 70-year exile in two different prophecies. The first is in Jeremiah 25, a prophecy that was given in the same year that Daniel was taken from Judah to Babylon, 605 BC.  “And this whole land shall be a desolation and a horror, and these nations shall serve the king of Babylon seventy years. Then it will be when seventy years are completed I will punish the king of Babylon and that nation,’ declares the LORD, ‘for their iniquity, and the land of the Chaldeans; and I will make it an everlasting desolation.” (Jer 25:11-12, NAS). The second prophecy to mention 70 years was part of a letter that Jeremiah sent to Babylon about 8 years later, in 597 BC. “For thus says the LORD, ‘When seventy years have been completed for Babylon, I will visit you and fulfill My good word to you, to bring you back to this place. For I know the plans that I have for you,’ declares the LORD, ‘plans for welfare and not for calamity to give you a future and a hope‘” (Jer 29:10-11). It is worth noting that by the time this letter arrived in Babylon, Daniel had already been promoted to the position of ruler over the province of Babylon (Dan 2:48), so the letter may have even come to him personally.

So when did the 70 years begin, and when did it end?

The answer to this question is a bit trickier than it may sound. There is little doubt when the period ended. Cyrus decreed that the Jews could return and rebuild Jerusalem and the temple in 538 BC (Ezra 1:1-4). A very similar decree is preserved on the well-known Cyrus Cylinder, in which Cyrus allows for the return of a great many of the people groups that had been deported by the Babylonians, and asks them to rebuild their temples and pray to their gods for him. 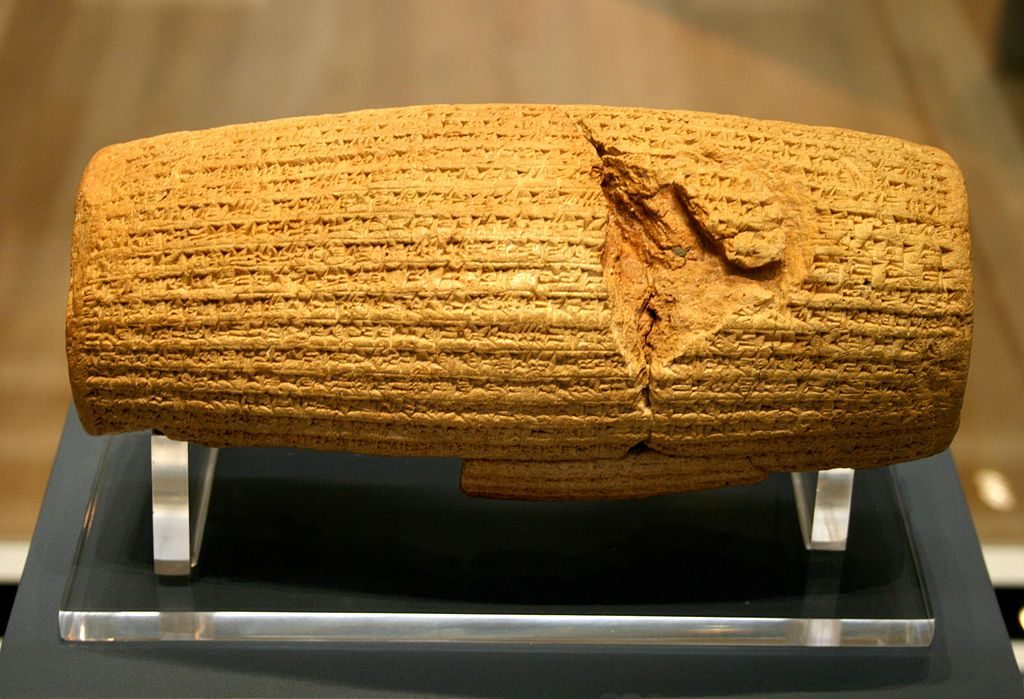 Cyrus Cylinder, decreeing the return of deported people, 538 BC.

Either way, it seems that the 70-year prophecy began in 605 BC and ended in 538 BC. Here is a timeline showing that span. 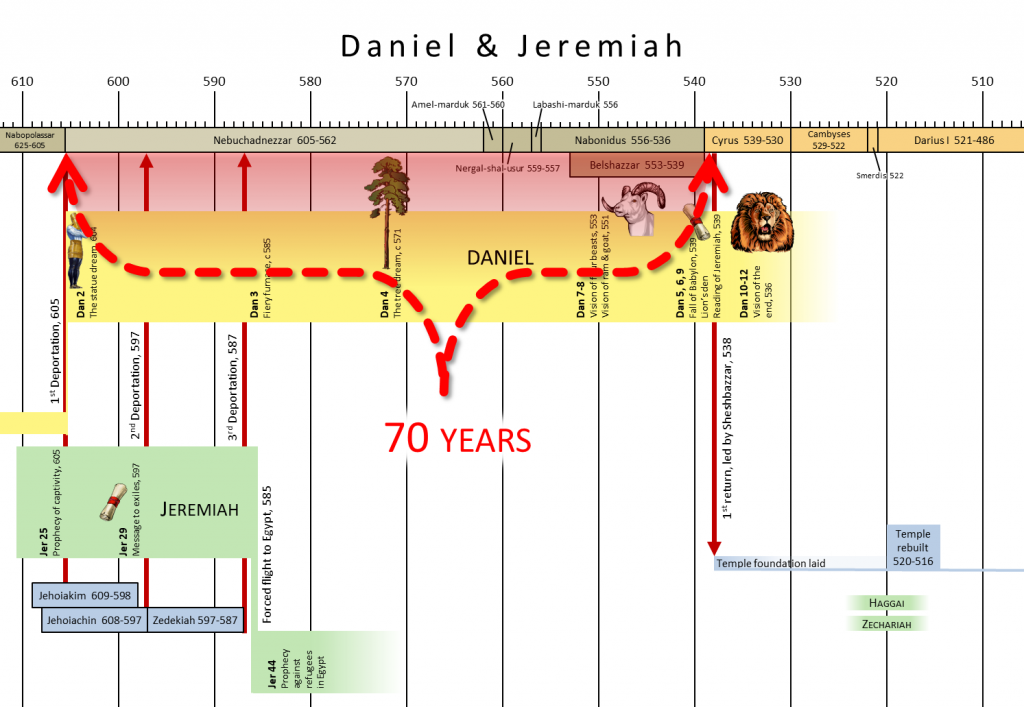 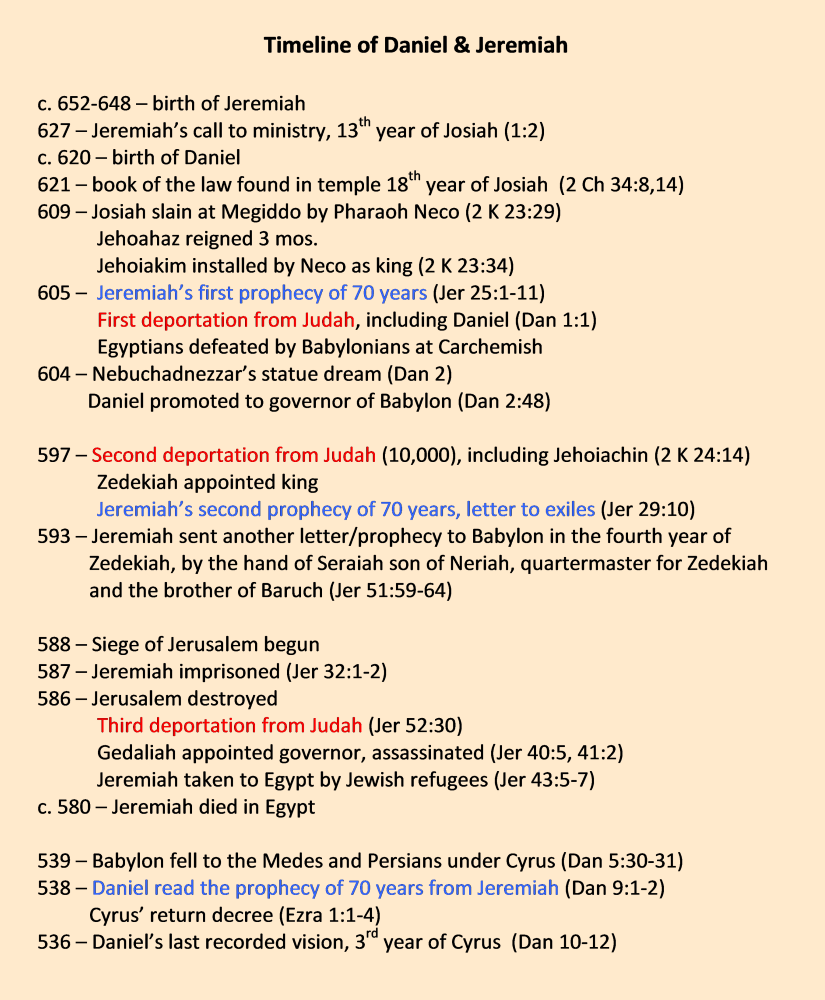