Who was Darius the Mede?

Darius the Mede is mentioned several times in the book of Daniel:

The question comes from the fact that no ancient document or historian other than Daniel ever mentions a person by this name. A later king, Darius Hystaspes, a.k.a. “Darius the Great” (ruled 522-486 BC) is well documented and well known, but he was clearly a different person. So who was Darius the Mede?

It is almost certain that we know of Darius the Mede in historical records, but by a different name. It was common for ancient kings to have multiple names. Nearly every Egyptian king had multiple names. Examples from Assyria would be Tiglath-pileser III, whose throne name was Pulu (2 Kings 15:29, 1 Chr 5:26) and Shalmaneser V, whose throne name was Ululaia. From the Persian period an example would be the biblical Ahasuerus, husband of Queen Esther, who is known to us from Greek sources as Xerxes.

Speculation as to the identity of Darius the Mede has produced a number of suggestions. Among the most common are Cyrus, Cyaxares, and Gubaru.

Cyrus is the person named in historical sources as the Persian king who defeated the Babylonian empire and became the first ruler of the new Medo-Persian (Achaemenid) Empire. Daniel 6:28 states that “Daniel enjoyed success in the reign of Darius and in the reign of Cyrus the Persian” (NAS). Those who identify Darius the Mede as Cyrus translate this verse as “in the reign of Darius, even in the reign of Cyrus the Persian,” making them the same person. This is grammatically possible. However, it seems strange to refer to Cyrus the Persian, son of Cambyses I, as Darius the Mede, son of Ahasuerus. Also, Shea has noted that during the first 14 months of his reign, economic tablets make it quite clear that Cyrus did not take on the title “king of Babylon,” but only “king of lands,” almost certainly showing that there was another king. After the first 14 months, Cyrus (and kings up to Xerxes) called themselves “King of Babylon, King of Lands.”

Cyaxares has been suggested as another alternative. The Greek historian Xenophon (4th cent. BC) names Cyaxares as the last Median king, whose daughter married Cyrus. When Cyaxares died, Xenophon says, Cyrus united the two kingdoms and became sole king. However, no other historian or contemporary document mentions this person, leading most scholars to reject the identification (but see S. Anderson).

Gubaru (a.k.a. Gobryas) may be the best option. He actually conquered the city of Babylon and was made king by Cyrus. Many scholars believe that he died only a week later, which would preclude his identification as Darius. However, it seems more likely that he died more than a year later. Gubaru is mentioned in the Nabonidus Chronicle, where he is credited with conquering Babylon on the 3rd day of the month Arahsamna. The Chronicle goes on to say that Gubaru died on the 11th day of the month Arahsamna. However, between these two notices, the Chronicle states that Gubaru appointed administrators (cf. Dan 6:1), and also that from the month Kislimu to the month Addaru, various gods were returned from Babylon to their original temples elsewhere [an English translation of the Nabonidus Chronicle is available here; see column III, lines 15-22]. It seems logical, then, that at least a year passed between the conquest of Babylon and the death of Gubaru, allowing plenty of time for the events of Daniel 6. 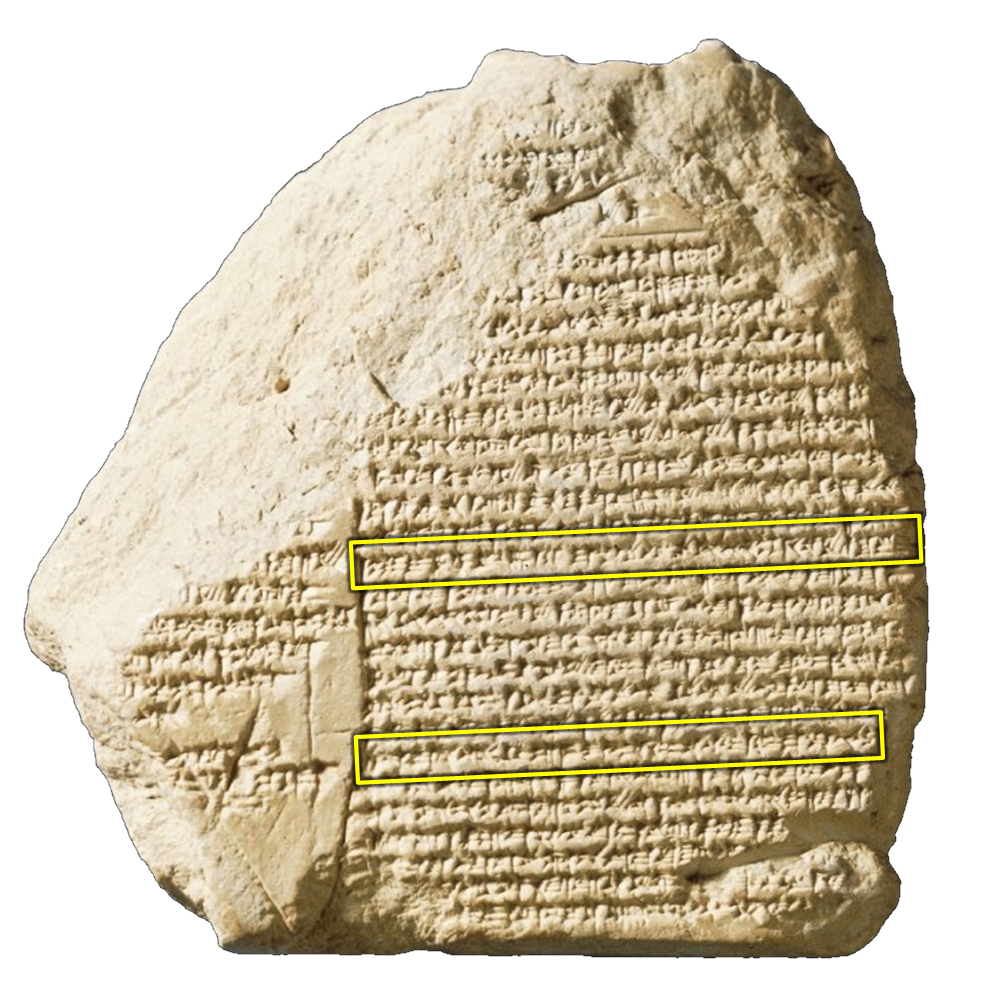 Nabonidus Chronicle, circa 530 BC, with references to Gubaru highlighted in lines 15 and 22.

A final detail is worth noting. Daniel 5:31 states that Darius “received” the kingdom. Although some older versions (e.g. KJV) misunderstood this word and translated it actively as “took,” this Aramaic word (qabbel, קַבֵּל) literally means to receive or accept something. This seems to match Gubaru, who was appointed as king of Babylon by Cyrus after Gubaru had conquered the city.