In Revelation 3:18, God advises the church in Laodicea to purchase eye salve from him, “so that you may see.” In the context this is clearly a metaphor for gaining spiritual sight and  avoiding spiritual blindness, but the metaphor is based off of a well-known Roman practice.

A good deal is actually known about Roman “eye salve” (κολλούριον). It is attested in numerous written sources, and a surprising amount is also known from archaeology. One of the interesting aspects of Roman eye salve is that it was mixed as a paste, then stamped with a seal before being allowed to dry. The seal usually stated the name of the eye doctor (oculist), the kind of salve, and the condition or disease it targeted. The salve was dried to allow for easy storage and transportation. When it was needed, it was powdered and mixed with a liquid again before application.

Hundreds of seals used to stamp cakes of Roman eye salve have been discovered, usually associated with Roman military camps abroad. Here is a four-sided stamp of the oculist Junius Taurus. All four concoctions (Lat. collyria) make use of saffron as an ingredient.

Among these four salves are “saffron ointment for soreness” and “saffron ointment for scratches and running prepared by Junius Taurus from a prescription of Pacius.” In fact, dried saffron (Lat. crocodes, i.e., crocus) was a common ingredient in Roman eye salve. Presumably it was as difficult to harvest, and thus expensive, as it is today. 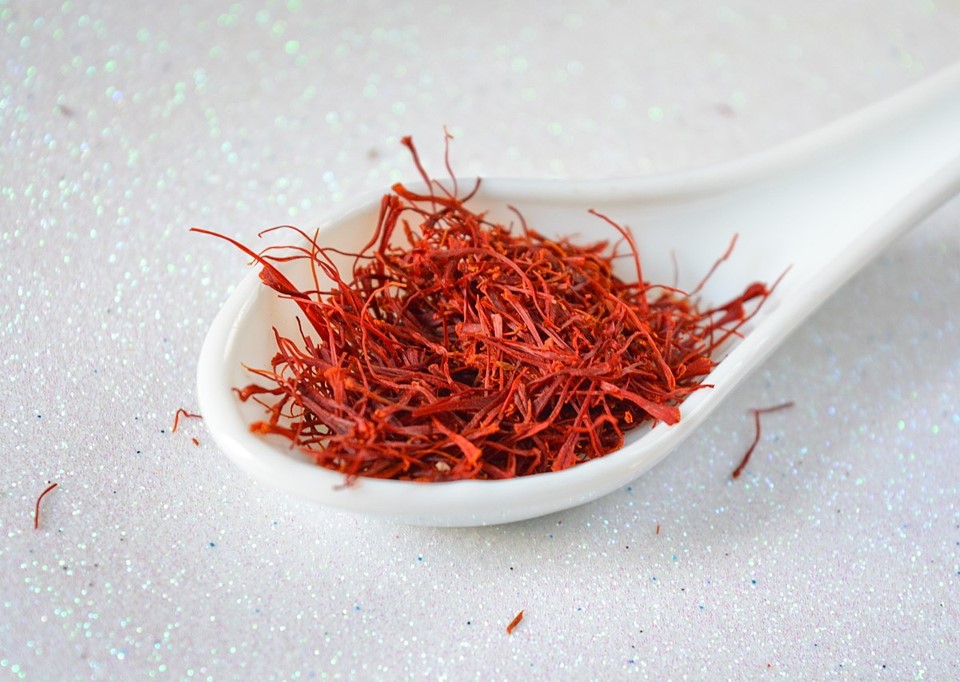 Many other ingredients are attested as being used in Roman eye salve. They include apple juice (illustrated below by a 1st-century painting of a pear and an apple), copper and iron metallic salts mixed with vinegar, copper oxide (aes ustum), zinc oxide (cadmia), iron oxide (haematites), garden cress or peppergrass (lepidum), aloe, opium, rainwater, spikenard, olive oil, incense, slag (yes, from smelting metal ore), and wine. 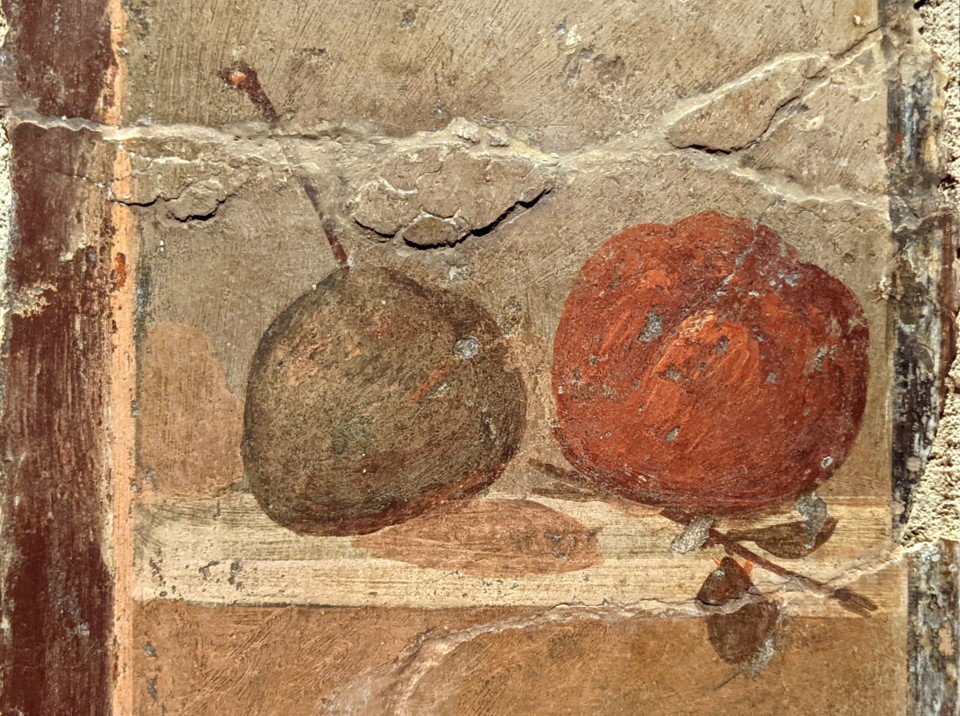 Fresco fragment with a pear and an apple, from Herculaneum, 1st century AD.

Some idea of the variety of medications and what they were used to treat is provided by a hexagonal stamp from Spain, which includes the following labels:

Another stamp has the inscriptions:

The photo below is a display that includes actual remnants of Roman eye salve from the 2nd century AD. 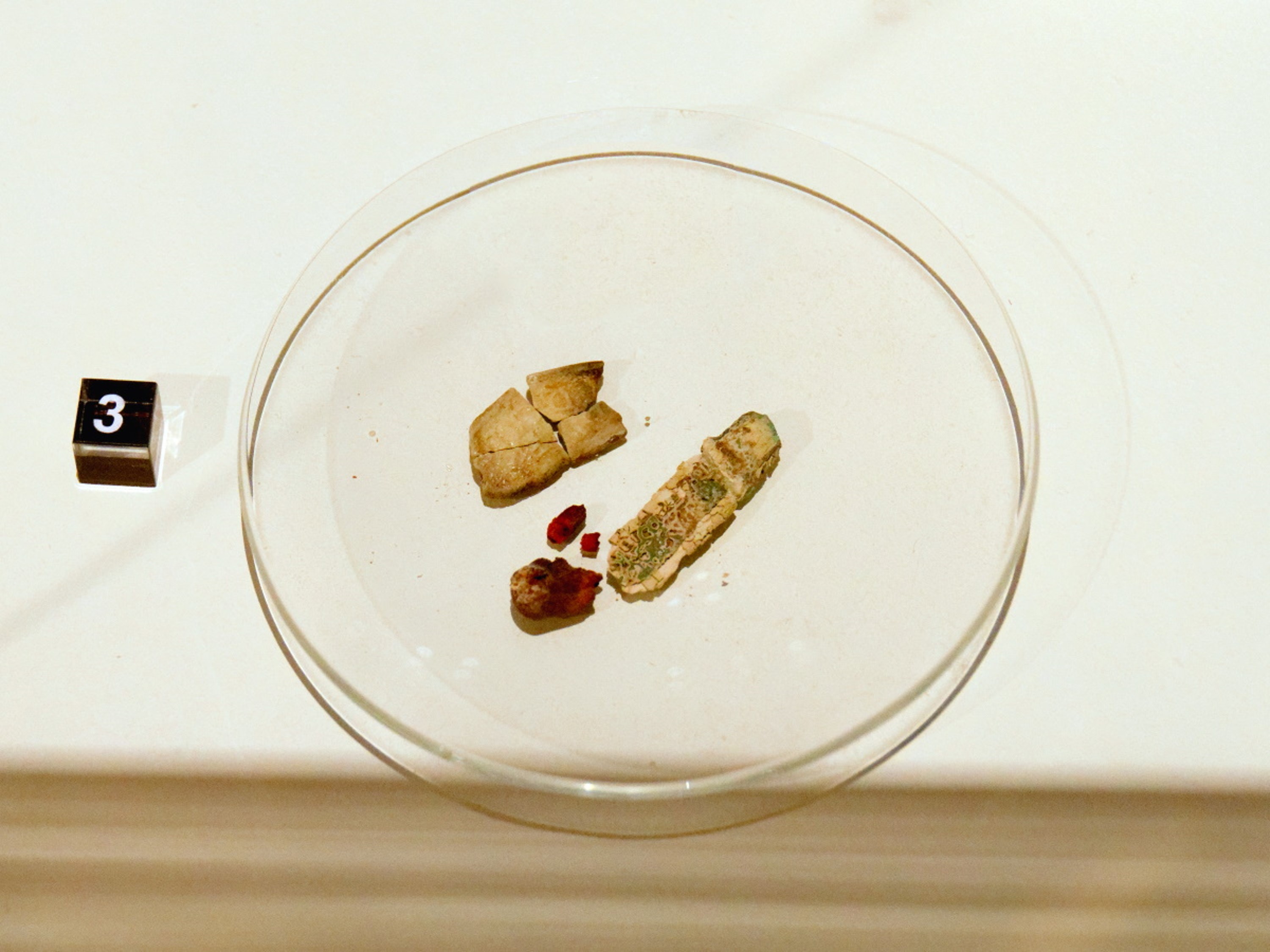 It is clear that eye care was a concern in the Roman world, and the development of such a large variety of eye salves indicates that the concern was so widespread that it supported its own industry.

If you are interested in reading more on this topic, I would recommend the 2013 article “Collyria Seals in the Roman Empire.”