The battle between the troops of David and Absalom took place in the “forest of Ephraim” (2 Sam 18:6). Ephraim is associated with land west of the Jordan River (cf. Josh 16), but David had retreated to a city east of the Jordan, Mahanaim (2 Sam 17:24), most likely to be identified with Tell adh-Dhahab ash-Sharqiyya on the south side of the Jabbok River (see map below). So where did the battle take place?

Most Bible geographers place the “forest of Ephraim” east of the Jordan River, in the region also known as Gilead. This identification is bolstered by the statement that Absalom’s army camped “in the land of Gilead” as they prepared for battle against David (2 Sam 17:26). Southern Gilead is composed of some very rugged terrain, and even today much of it is forested. Both of these characteristics seem to fit the description of the battle, in which “the forest devoured more people than the sword” (2 Sam 8:8). This was also the battle in which Absalom, fleeing from David’s troops, caught his head in a great oak tree and was eventually killed (2 Sam 18:9-14). So how did this area, which is located outside the tribal allotment of Ephraim, become known as the “forest of Ephraim”? 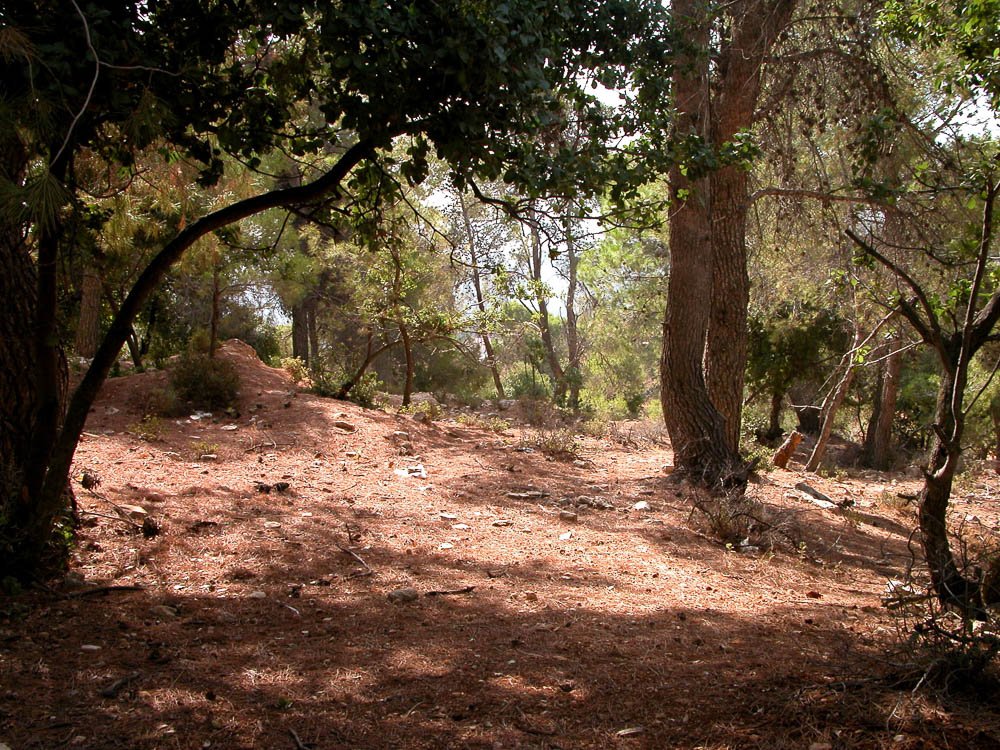 Forest in the mountains of Gilead, north of the Jabbok River.

There are two tidbits of information that may answer this question. The first, which may seem unrelated, is the word Rephaim. There was a “valley of Rephaim” in the northern allotment of Judah (Josh 15:8; 2 Sam 5:18,22), but more importantly there are numerous references to Rephaim who lived east of the Jordan, in the areas of Gilead, Ammon, and even Moab (Deut 2:11,20; 3:11; Josh 12:4; 13:12).

The second clue comes from Joshua’s allotment for the sons of Joseph, Ephraim and Manasseh, recorded in Joshua 16-17. The detailed description of their borders places them both in the highlands of Samaria, west of the Jordan. However, they complained to Joshua about the lack of land given them, to which he responded, “If you are a numerous people, go up to the forest and clear a place for yourself there in the land of the Perizzites and of the Rephaim, since the hill country of Ephraim is too narrow for you” (Jos 17:15). This cannot refer to the valley of Rephaim, for that was in the territory already allotted to Judah (Josh 15). It seems to refer, then, to land in Gilead (where Manasseh already had a well-established presence, cf. Josh 17:5). 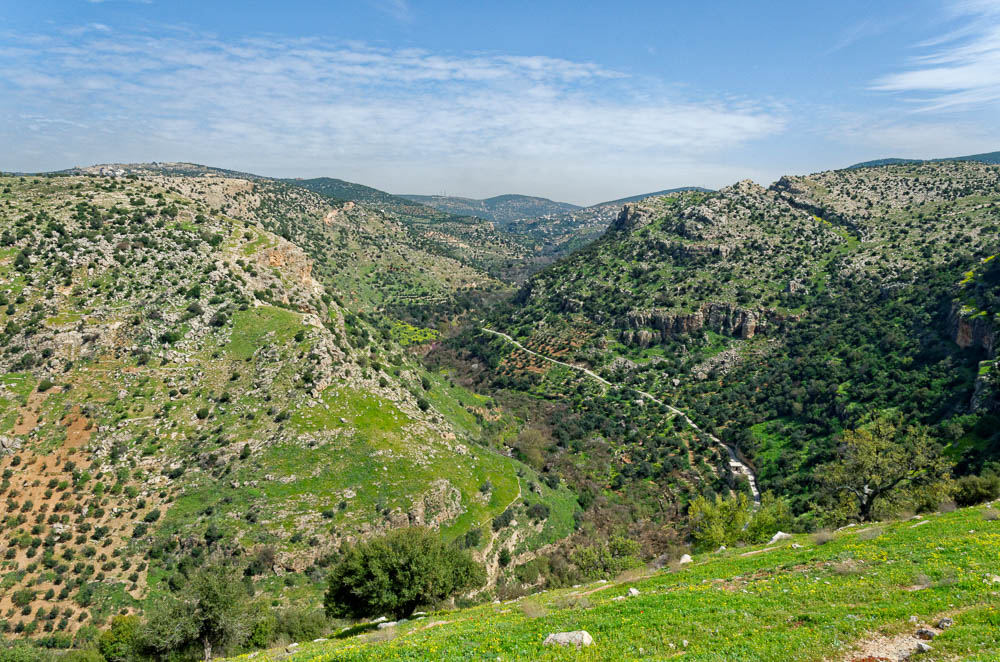 Mountainous region of the “forest of Ephraim” near Wadi al-Yabis in Gilead.

It may be that Ephraim later lost this woodland east of Jordan to Jephthah and the Gileadites (Judg 12:1-15), but that the name stuck. At any rate, most Bible geographers place the forest of Ephraim in Gilead, north of the Jabbok River, and this seems to be the best choice. The map below shows this area, as well as identifying the tribal allotment of Ephraim west of the Jordan, and the location of David’s city of refuge at Mahanaim. 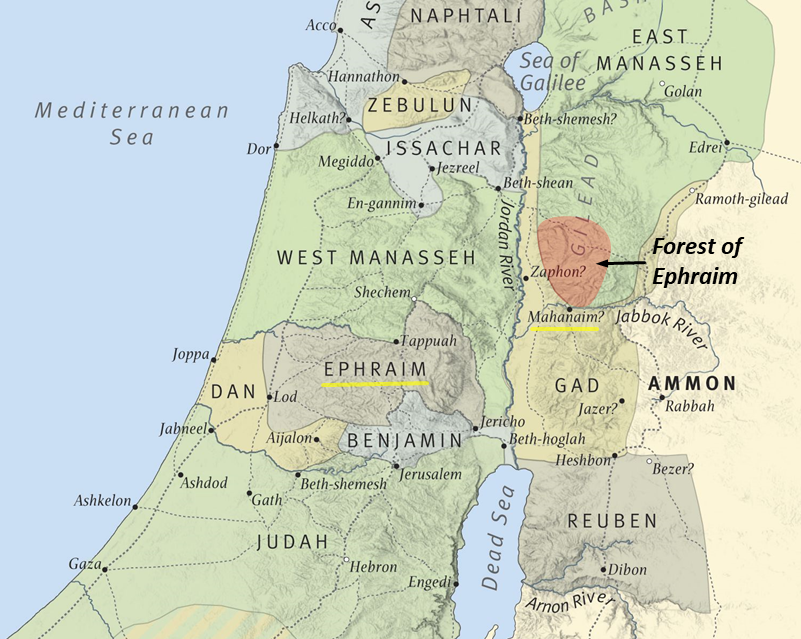 Location of the “forest of Ephraim,” adapted from the ESV Bible Atlas.

Most of this area was completely deforested during the Middle Ages, but the region is rugged enough that trees are once again taking a foothold, and some of the area is once again forested. 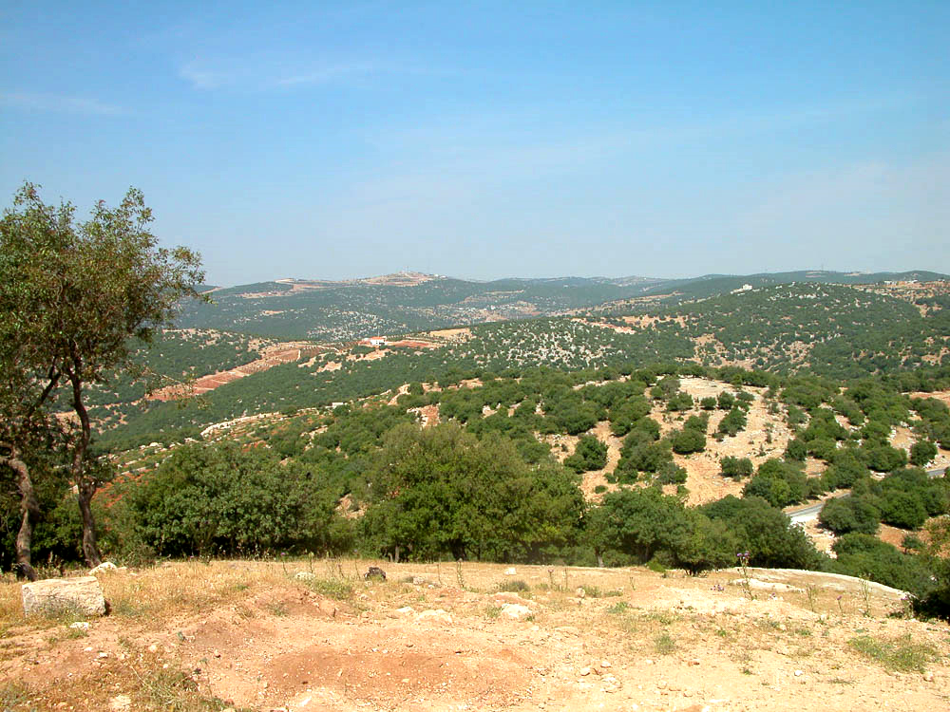 Forest of Ephraim near Mar Elias.