Siglum for a Centurion

Latin inscriptions from ancient Rome often used abbreviations. For example, many Roman coins were minted with the inscription “S C” emblazoned on them. This stood for the Latin phrase Senatus Consulto, indicating that the coin had been minted with the approval of the Roman Senate.

Names and titles were also commonly abbreviated. The phrase “Tiberius Caesar, son of the divine Augustus,” which in Latin would be Tiberius Caesar divi Augustus Filius, might be abbreviated TI CAESAR DIVI AVG F. One must be familiar with both Latin and abbreviations to decipher such obscure inscriptions, but it did have the advantage of saving space!

There are a number of references in the New Testament to men who held the military rank of centurion. Many ancient inscriptions have also been found that mention centurions. Many of them are grave markers that list the positions held by such men during their career. However, one will search in vain for such an inscription that spells out the well-known title “Centurion.” In fact, this title was not even abbreviated with it’s first letter, C. Rather, a special sign (or siglum) was used to indicate the title of centurion. The sign varies somewhat across different inscriptions, but it most often looks like a greater-than sign, >, or sometimes like the numeral 7. It is nearly always followed by the name of the legion in which the centurion worked, such as the 12th Legion Fulminata (LEG XII FULM).

The funerary inscription shown above belonged to a very busy centurion. His first assignment was as a centurion in the 12th Legion. The abbreviation (siglum) for the title “Centurion” is highlighted at the beginning of the second line. However, this man served as a centurion in at least three other legions. Can you find the references to them on his inscription? They are identified on the picture below if you need help.

In Acts 27 the centurion who was in charge of Paul as he traveled from Caesarea to Rome is named, a certain Julius. Interestingly enough, an inscription of a centurion by this name has been found at Caesraea. But that will have to wait for a future post.

The picture below identifies three other occurrences of the title “Centurion” on the inscription of Titus Flavius Magnus. It was discovered at Aquincum in modern-day Hungary. 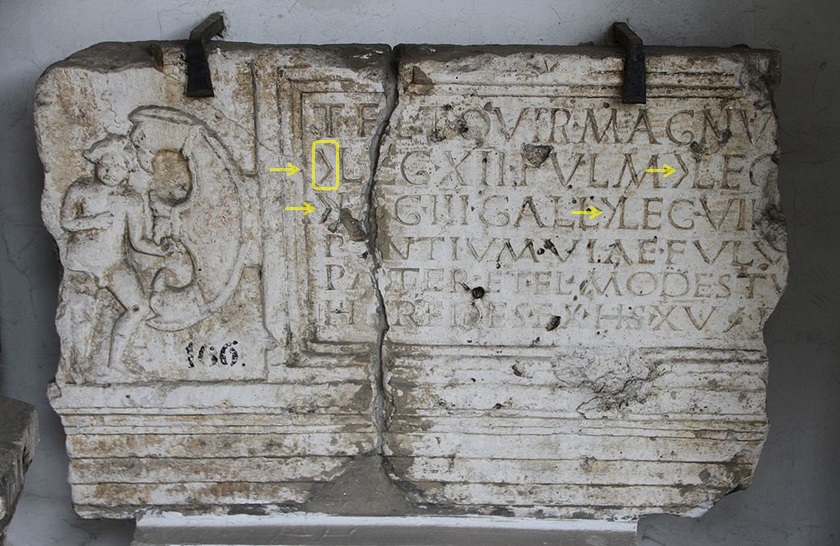 For one last example, the ex-voto inscription below belonged to Iovi (Jupiter) Optimo Maximo. He was a centurion in the 4th Legion Sythicae. The inscription reads, “To Jupiter Optimus Maximus Balmarcos, Marcus Verginius Bassus, centurion in Legion III Scythica, fulfilled his vow.” Can you pick out the siglum that indicates his rank as centurion? 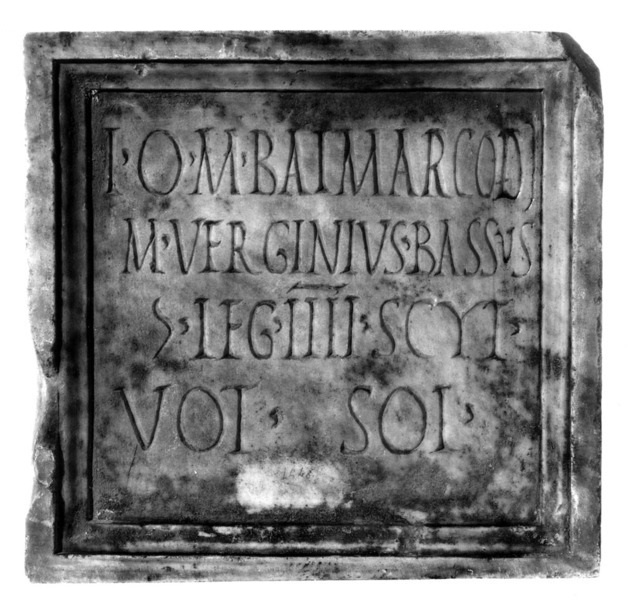